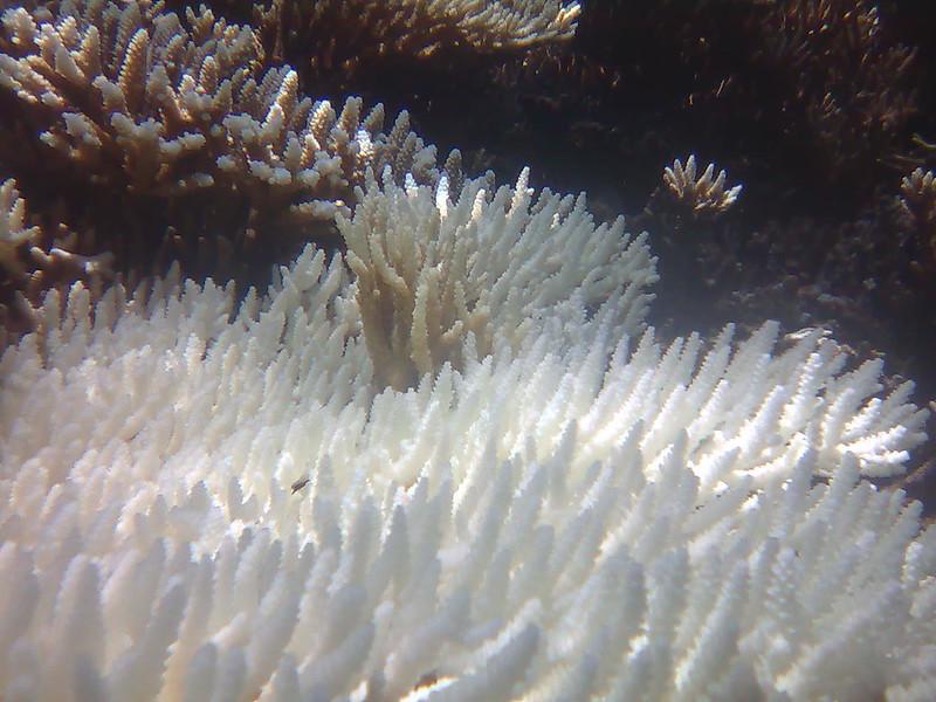 Corals, members of the animal phylum cnidaria, are known for the vital role they play in our oceans. 25% of species depend on them for protection to hide from predators, gain shelter, and find food. Along with this, humans depend on them in day-to-day life. Coral reefs are an important resource of the medicine being developed for fatal diseases; we also rely on them for jobs; a reduction in coral reefs affects tourism, and would put millions out of work. Climate issues threatening our coral reefs are going unnoticed by society as oceans take the consequences.

Unfortunately, coral reefs are faced with the danger of coral bleaching. Just as you and I get stressed by certain changes in life, corals become stressed with changes in conditions, causing them to turn completely white. One of the primary stress triggers for coral reefs is climate change. As the temperature in the ocean increases, it causes corals to release zooxanthellae, which are tiny plant cells also known as symbiotic algae. Zooxanthellae is what gives corals their beautiful vibrant colors, once zooxanthellae is released, the corals lose their shades and turn white. While corals are still alive after this process, the zooxanthellae, which is also their primary food source, is gone. This leads to an extremely high risk of the corals developing diseases. This rise in temperature also has the potential to kill fish, and other species. Species become discouraged with being around bleached coral, which will overall dramatically reduce the variety of species that are in this natural habitat.

To add, pollution is another major factor that stresses coral reefs, pollution is also a contributor to climate change. The excess trash and oil entering our oceans continue to threaten our ecosystems. 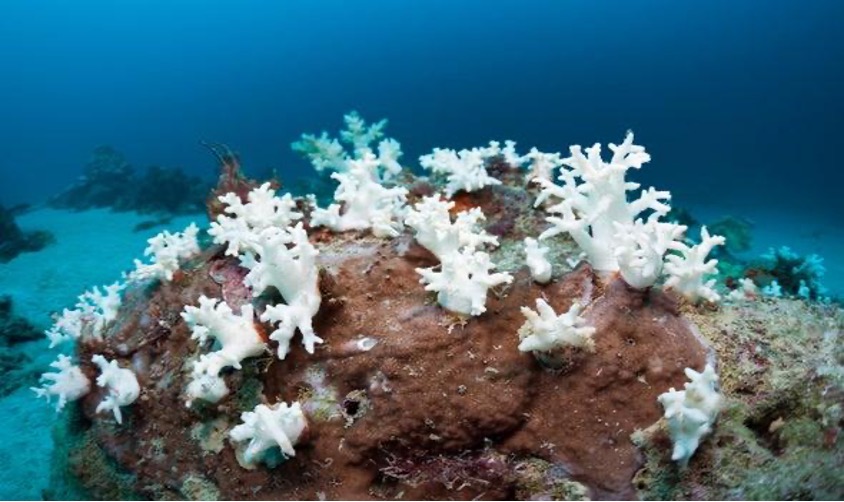 Shallow coral reefs are known to be exposed to large amounts of air for periods of time, this is a further cause of coral bleaching. While shallow coral reefs have learned to adapt, they are still seen as extremely vulnerable. During the low tides, the corals are exposed to excessive sunlight, which leads to drying and disease.

The Great Barrier Reef, located in Australia, is home to the world’s largest coral reef ecosystem. Throughout the past few decades, there have been several recorded coral bleaching events that have dramatically affected the Great Barrier Reef. In 2014-2017, more than 75 percent of global reefs were exposed to higher temperatures in the water, causing stress to the coral reefs, this has only increased in 2020, the most recent and widespread coral bleaching event.

Fortunately, as scientists learn more about coral bleaching and its effects, ways to predict it have developed. The Australian Institute of Marine Science, better known as AIMS, tracks factors such as wind speed, humidity, and sea surface temperature to be prepared for future coral bleaching events before they happen. AIMS uses the data they collect yearly and compares it to past bleaching events to look for similarities, and signs of trends or decreases.

Scientists have been quickly working, attempting to find ways to preserve coral reefs with techniques such as regrowing the corals. Another method being researched is breeding super corals, a species of corals that have the ability to withstand stress from climate change. But as the coral reef bleaching rates continue climbing, researchers are struggling to keep up, which is why it’s important for citizens to educate themselves; and find ways to support the cause.