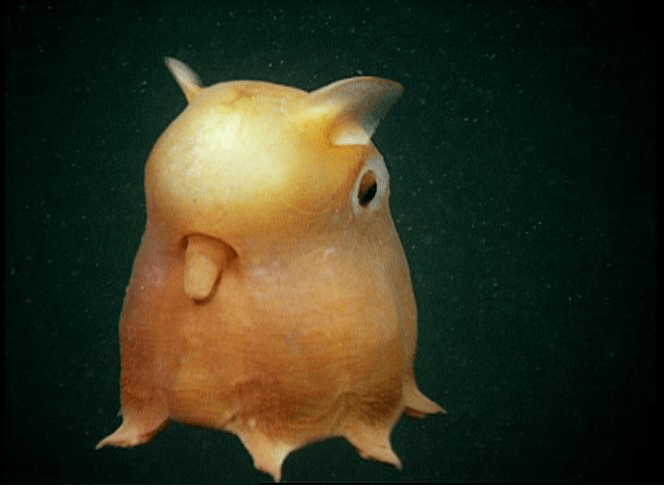 If you weren’t aware, there are approximately 300 octopus species living in our oceans, one of these includes the dumbo octopus! Don’t feel bad if you’ve never seen one in person, as these creatures live up to 13,000 feet deep in the ocean. The dumbo octopus was given its name due to its giant fins found on top of its head, which resemble the 1941 Disney movie, Dumbo, whose star character is a flying elephant with floppy ears! These fins are the most unique characteristic of the dumbo octopus. 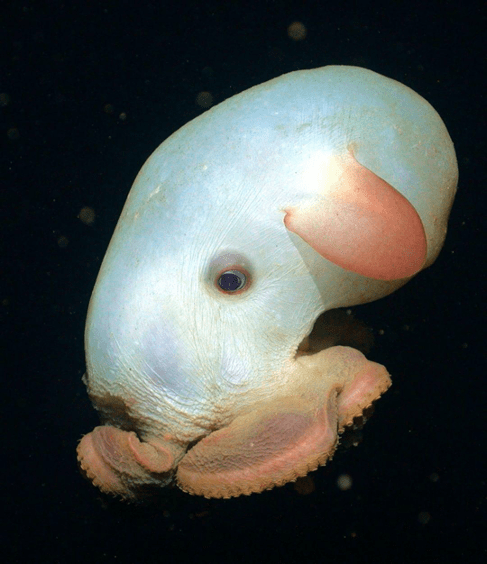 This 8-inch Grimpoteuthis lives in the abyss zone of the ocean, so they tend to eat what they find on the ocean floor, which includes snails, worms, and sometimes small fish. The dumbo octopus dives in on their prey, and devours it, very similar to their other cephalopod relatives. As a result of dumbo octopi living deep in the ocean, they are faced with primarily large marine mammals as predators. All 17 species of the dumbo octopus do not have an ink sac, unlike their relatives, so it utilizes its small size and various shapes and colors as a defense against predators. These 17 species fall under the category of “umbrella octopus.” The dumbo octopus takes advantage of its dumbo ear-like fins to glide through the water and make quick escapes against predators or closer movements when it spots prey.

An interesting fact about these creatures is that they live 3-5 years long, they also never have a direct shelter; so, they are seen constantly migrating throughout their short-lives. By age 1-2, dumbo octopuses are ready to mate, but they do not have a specific breeding season, nor a specific breeding system. This means that they are not bound to inbreeding or outbreeding; or to a specific mating time period. When dumbo octopuses’ mate, the male sperm is ejaculated into the female’s mantle, causing the female’s eggs to become fertilized, where she can then continuously lay eggs under rocks or shells since she is now sexually active. 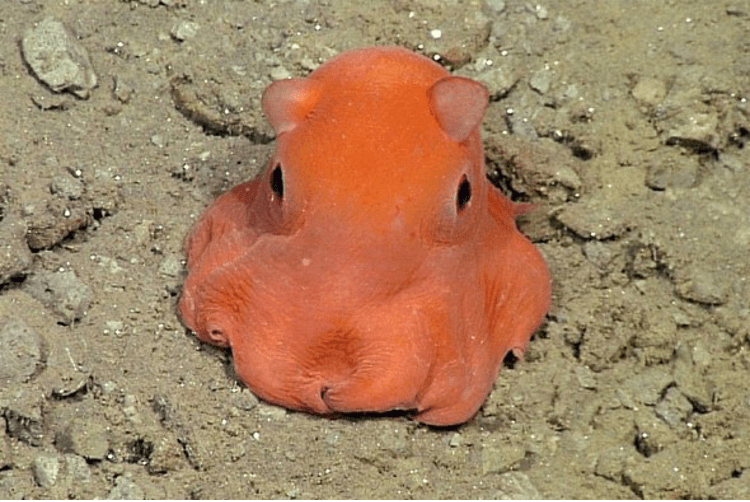 Considering the three heart creature is found extremely deep in the ocean, it is unknown what their role to benefit the ocean ecosystem is. Along with this, they are not seen as a threat to humans, nor are they endangered (fortunately), the only threats they seem to face is the occasional predator.

We have been aware of the existence of dumbo octopodes for decades, yet we don’t know much about them. While these creatures are not faced with the common problem of human intervention, as other sea creatures are, the dumbo octopus still faces some of the most common marine mammals of the sea as predators. Hopefully, in the future, we will be able to learn more about them and the affect they have on ecosystems, without disturbing their peace.

Sources and other information: