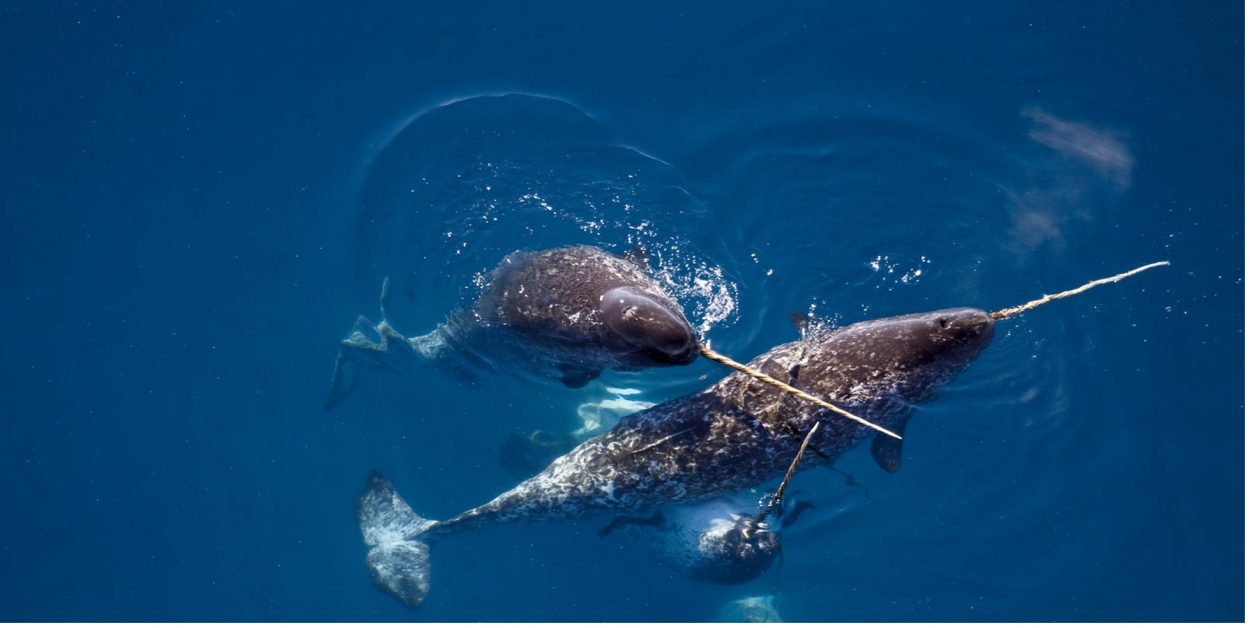 We’ve seen narwhals in children’s movies, books, and merchandise; but have you ever wondered who are these unicorns of the sea? This porpoise is famously known for its beautiful, long tusk, also referred to as its “horn.” Primarily male narwhals have a tusk, while females rarely do; some narwhals can even have two tusks!

Narwhals feed on the floe edges of Canada, Greenland, Norway, and Russia. A floe edge is a part of open water that is still connected to the shoreline where ice is. Squid, shrimp, and fishes such as cod, are all species that narwhals feed on. Males use their average twenty-two-pound, six-inch tooth to assert dominance over other male narwhals when competing for mates. The narwhal tusk ranges from 4.9 to 10.2 feet in height and an average of twenty-two pounds in weight. This poses an advantage to the narwhal, the larger your tusk is, the more powerful you are seen. 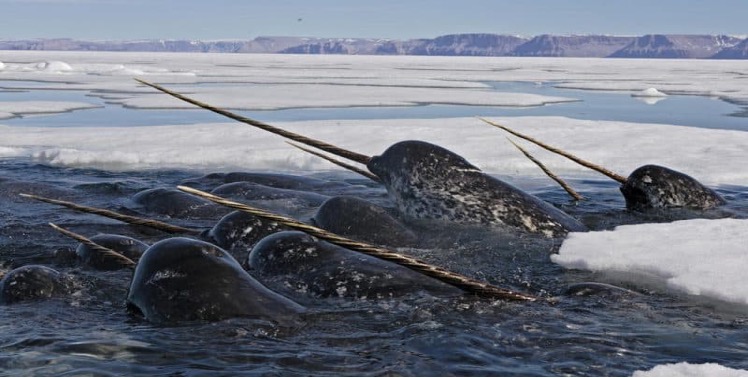 As narwhals age, they change color; newborns are a blue-ish-grey color, juveniles are blue and black, adults are grey, and the oldest narwhals are white; narwhals rely on their changing colors to hide from predators. Essentially, killer whales and polar bears are known to kill and eat narwhals on the floe edge. Narwhals use their ivory tusk tooth as a way to detect water temperature and motion. These creatures have very sensitive tusks, that are filled with pulp, just as our human teeth are. This is one of the main reasons why scientists believe that their tusks could be considered a sensory organ.

Males typically reach their sexual maturity at nine years of age, while females reach it at seven years. The mating usually begins March-May and the narwhal calf is born June-July. The calf then stays with the mother for a period of about twenty-two months, due to the need for lactation. Females can then breed again in the next three years, continuing the cycle.

Unfortunately, narwhals face the current danger of being poached for their tusks, made of ivory that is popularly sold around the world. Narwhals, along with elephants, and walruses are a few of many animals used for their tusks, to gain profit. Selling narwhal tusks is illegal in the United States due to the Endangered Species Act of 1973, and specifically, the Marine Mammal Protection Act. However, this doesn’t stop criminals from smuggling narwhal tusks in the United States from other countries, where the selling is legal. Presently, the International Union for Conservation of Nature, IUCN, states that narwhals are labeled “near threatened;” with poaching being the major reason behind this. 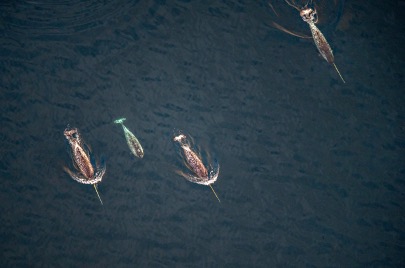 So, what can we do to prevent narwhals from becoming threatened, or even worse, endangered? We must continue to educate ourselves, families, and friends on the ivory trade; by bringing attention to this cause, more people become aware, which leads to more advocates. Along with this, we must acknowledge the diminishing ice caps of the Arctic sea, and oil companies exploiting oil in the Arctic waters, the home of our sea unicorns. From simply utilizing reusable bags, rather than plastic, making your home energy-efficient, and recycling, we can all do our part in preserving the Arctic ocean and its creatures.

Sources and other information: