A Monumental Year for Marine Conservation

This past year saw big gains for ocean conservation in the creation of the world’s two largest marine protected areas, or MPAs. MPAs have an integral role to play in protecting our ocean and can have a myriad of positive impacts. They often help replenish fish stocks and other marine species, thereby producing both ecosystem and economic benefits. Areas that are set aside tend to see an increase in species density, biomass, diversity and larval dispersal. Larval dispersal occurs when larvae flow beyond the boundary of the reserve, thereby helping to repopulate outside areas. Areas outside the MPA can also benefit from a spillover effect, which occurs when too many species exist inside of the reserve and thus migrate to other areas. 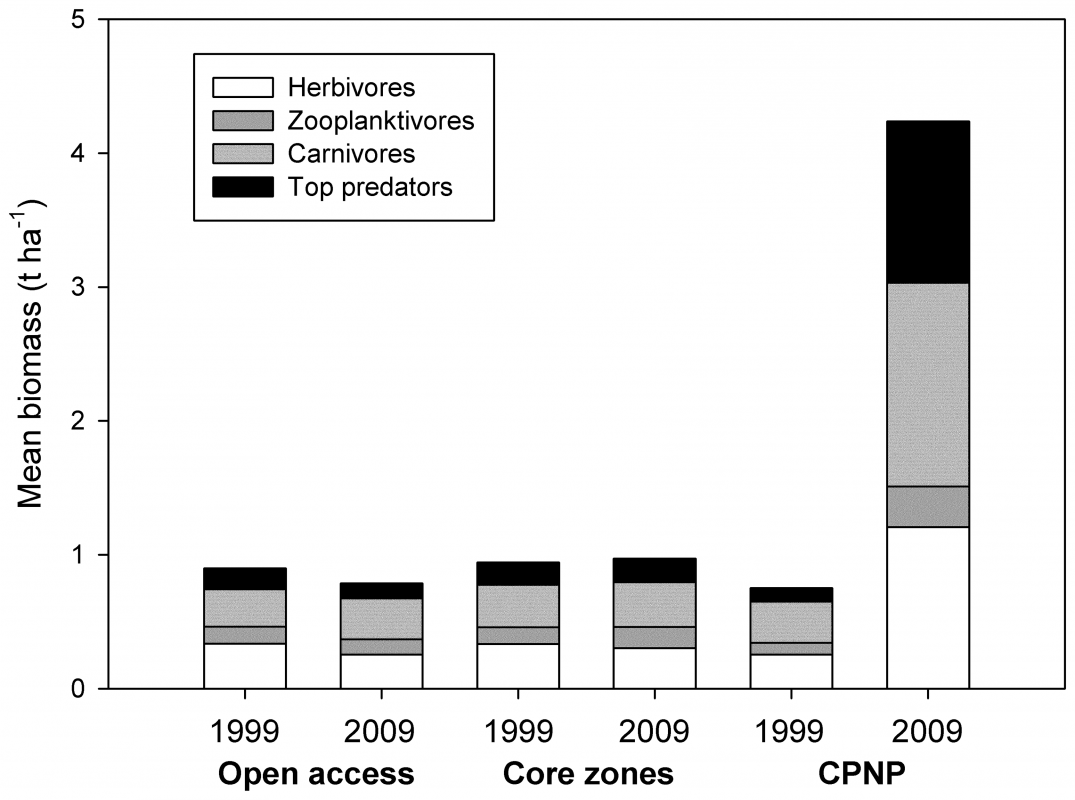 In 2015, more of the planet was protected than ever before. According to the Pew Charitable Trusts, over 1 million acres of “highly protected ocean” were set aside, an area bigger than Alaska and Texas combined. And this year, the two largest marine protected areas in the world were created, as well as the first US Marine National Monument in the Atlantic, a type of MPA.

In August, President Obama expanded the Papahānaumokuākea Marine National Monument in northwestern Hawaii to 583,000 square miles, quadruple its previous size and larger than all US national parks combined. At twice the size of Texas, the preserve will protect some of the world’s healthiest reefs, including 4,000-year old black coral, and endangered species like sea turtles, blue whales, albatrosses and Hawaiian monk seals. This area holds immense conservation value as one in four species are endemic to the Hawaiian Archipelago, meaning they are found nowhere else on Earth. 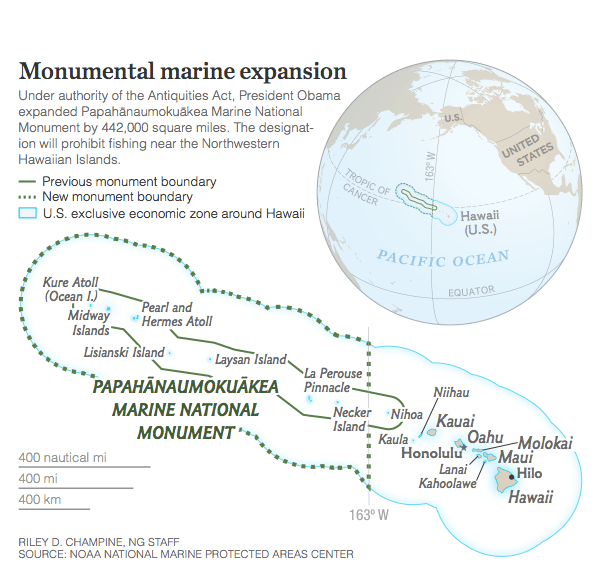 In September, Obama established the nearly 5,000-square mile Northeast Canyons and Seamounts Marine National Monument off the coast of Cape Cod. This Connecticut-sized area will protect underwater canyons deeper than the Grand Canyon and seamounts (underwater mountains formed by extinct volcanoes) taller than the Rockies that host a dazzling array of marine life. It will serve as a refuge for sea turtles, endangered sperm whales, and many endemic species. 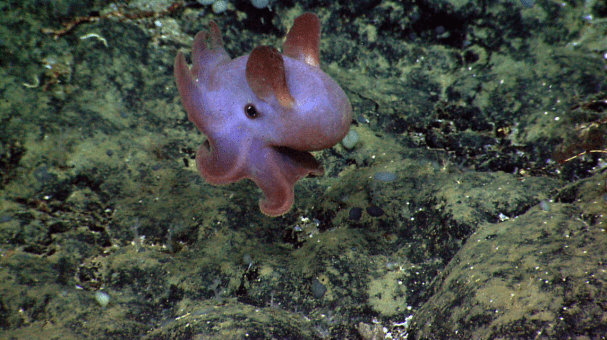 Then in late October, after five years of negotiations between 24 countries and the European Union, a 598,000 square mile MPA was created in Antarctica’s Ross Sea. This protected area was created by the Commission for the Conservation of Antarctic Marine Living Resources (CCAMLR), the international body tasked with conserving Antarctica’s marine life. This marine protected area is the first large-scale MPA on the high seas and will prohibit commercial fishing for 35 years. 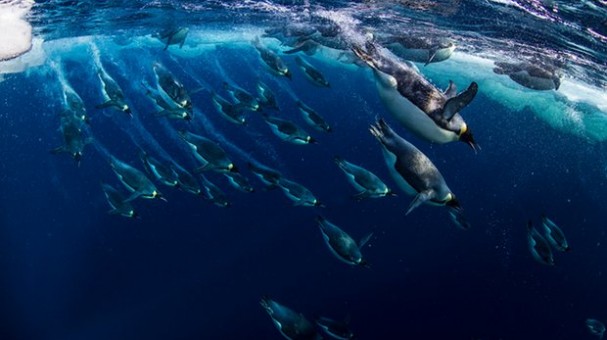 The Ross Sea covers 1.9 million square miles and is often referred to as the “Last Ocean” due to its relatively untouched state. Unlike much of the rest of the ocean, top predators are still abundant. In fact, according to one study, the Ross Sea is the most pristine marine ecosystem on the planet. It is also the most productive region of the Southern Ocean.

The Ross Sea is home to an estimated 16,000 species. Its nutrient rich waters cause large plankton and krill blooms, which in turn sustain a wide array of marine life. Currents also carry these nutrients around the world, making this area important to the Earth as a whole. 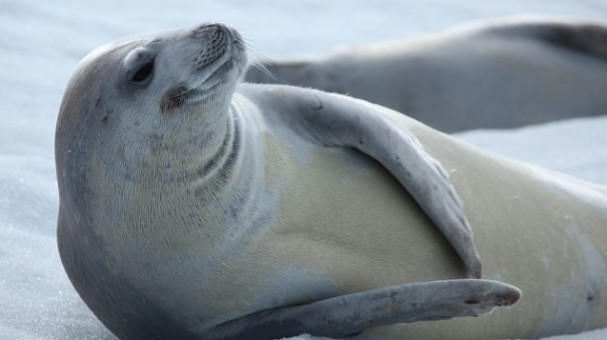 A crabeater seal rests on the ice around Antarctica. Photo courtesy of Liam Quinn, Flickr.

Setting aside parts of the ocean for conservation has been a relatively recent practice. According to Matt Rand, director of the Global Ocean Legacy project for the Pew Charitable Trusts, “Ocean conservation was an afterthought. When you looked around the world a decade ago, very little investment was going into the conservation of ocean ecosystems.” However, ocean conservation still lags well behind protecting the land. While around 15 percent of the world’s land area is protected, only 4 percent of the ocean is, and less than 1 percent of all MPAs are no-take reserves, the most effective type of protected area.

Target 11 of the Aichi Biodiversity Targets, passed by the Convention on Biological Diversity in 2010, set a goal to protect 10 percent of coastal and marine areas by 2020. We still have a long way to go on this front, but given how beneficial MPAs can be in protecting the ocean, and giving species and ecosystems time to rebound, it is immensely hopeful that the pace at which world leaders and governments are creating MPAs is gaining momentum. “Right now, I’m more hugely hopeful for ocean conservation than I’ve ever been at any other time in my career,” said Ocean Conservancy president Janis Jones in a 2016 interview. “There are more and more people invested in protecting the ocean.”

MPAs do not just protect life in the ocean. They are critical to many terrestrial species, such as birds, penguins, coastal wolves and polar bears, as well as entire ecosystems that depend on nutrients that animals like bears and birds bring inland from the sea, as with the Great Bear Rainforest in Canada. 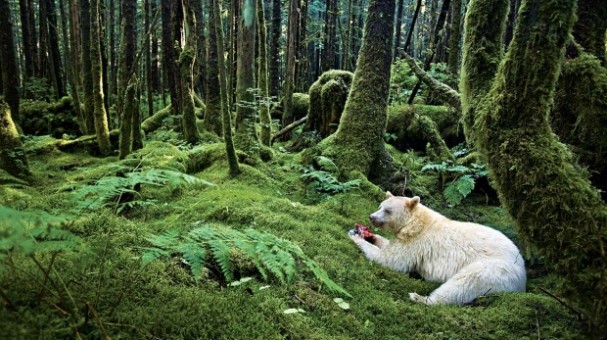 A Spirit Bear or Kermode eats a salmon in the Great Bear Rainforest. Each bear brings hundreds of pounds of fish into the forest to consume, and the leftovers provide critical nitrogen for the trees, one of the major limiting nutrients for coastal rainforests.

They are also essential to the well-being of humans. It will be hard to have a healthy, thriving ocean without setting aside more areas for regeneration, and without a healthy ocean, life on land will suffer, too. The ocean is responsible for over 50 percent of the oxygen we breathe. It helps regulate the climate, purifies water and plays a major role in the carbon cycle. It provides billions of dollars every year in goods and services, from fisheries to new medicines to tourism revenue. We depend on the ocean for our very lives. The ocean and its continuing protection are truly something to be thankful for. 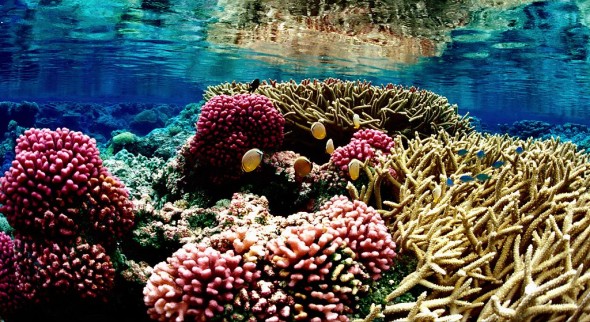