Connecting Youth with the Ocean 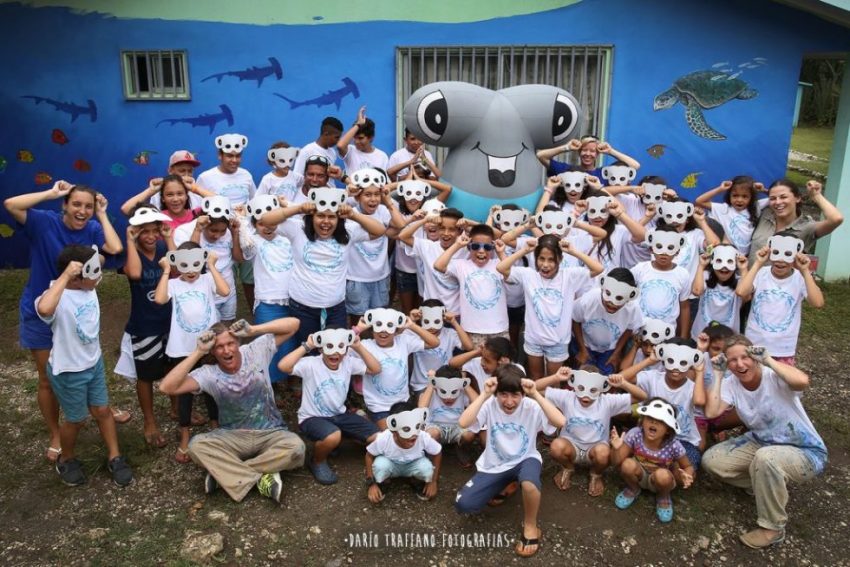 “This program showed students that nature matters, and that people fight for nature.” – Dr. Mikki McComb-Kobza

Ocean First Institute’s partnership with Costa Rican nonprofit conservation organization, Misión Tiburón, began in 2015 as both organizations worked to protect sharks and educate youth about shark species. Our relationship with this amazing nonprofit has allowed us all to reach more students, spreading our mutual passion for shark conservation and education. Together, we received a grant from the Disney Conservation Fund, as part of the fund’s initiative to reverse the decline of at-risk wildlife and increase the time kids spend in nature around the world. This grant helped Ocean First Institute expand our positive impacts on marine science education, reaching over 100,000 students from around the world through virtual outreach since 2015. Our executive director, Dr. Mikki McComb-Kobza, had the opportunity to join the Misión Tiburón team in Costa Rica this July to participate in a special shark education event made possible by our grant funds. 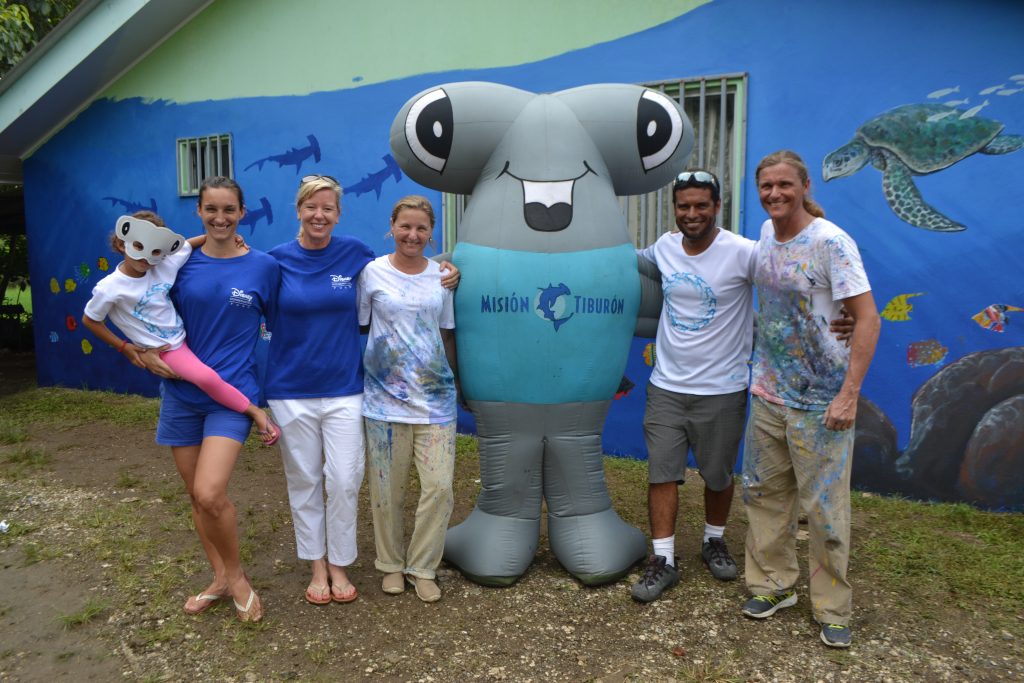 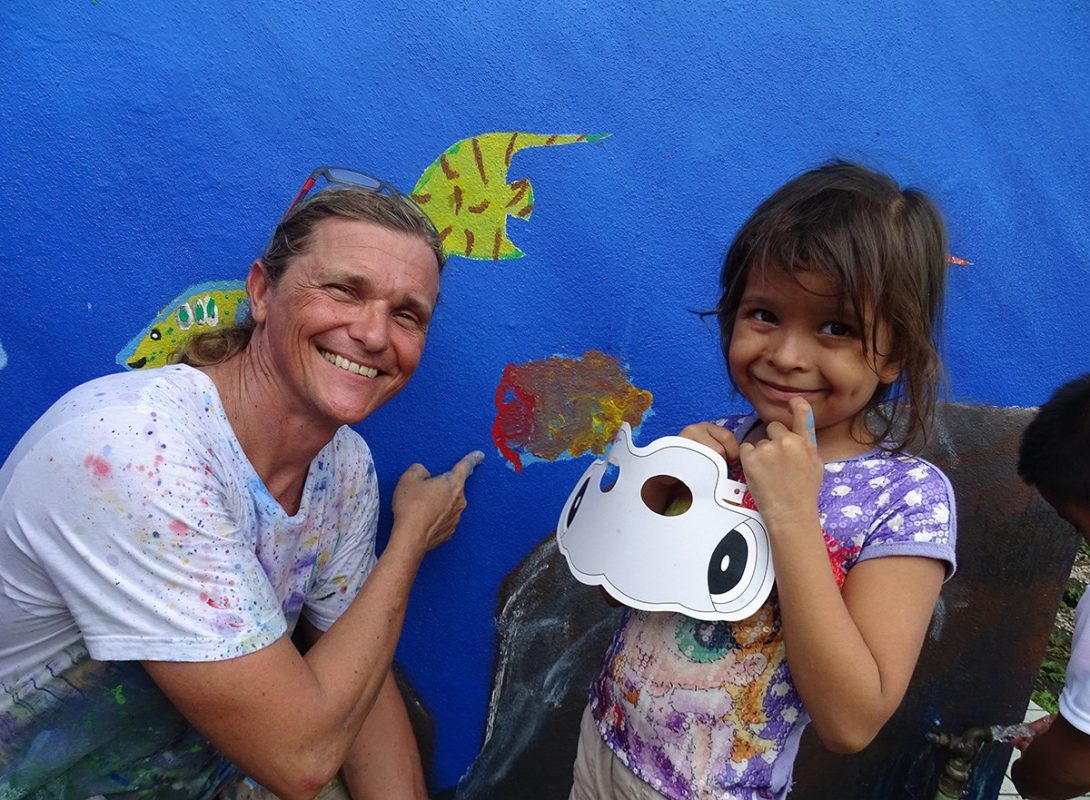 In what Dr. McComb-Kobza described as an “absolutely magical” experience, students learned about the sharks that they share their coastal surroundings with through enthusiastic demonstrations by Andrés Lopéz, PowerPoint presentations by real-world marine scientists, shark identification games, and mural painting with local artist, Carlos Hiller. Using varied approaches, educational media, and ebullient ocean advocates is an engaging way to get the next generation of marine scientists and ocean conservationists hooked on nature. In fact, teaching students about wildlife and the natural environment is the first step to improving the well-being of our ocean and planet. By promoting connectedness to the natural world, we can be hopeful that younger generations will actively make a more positive impact on environmental health.

Speaking of impact, Dr. Mikki believes that this program will leave a deep impression on the students and organizations involved. “I think the big take away for the kids is that they saw people – who are real – who are fighting for nature, and that have jobs and are passionate and smart. And that [conservation work] could be a path for them, too.” She continued, noting that. “being able to be involved in a program that took us to Costa Rica to talk about hammerhead sharks with a community that is connected to them on a daily basis,” is incredibly impactful for Ocean First Institute and herself. “These are kids who will be interacting with these animals, potentially, for their whole lives. So, to get them to understand the value and importance of maintaining these sharks in the wild, I can’t think of anything more important than that.” 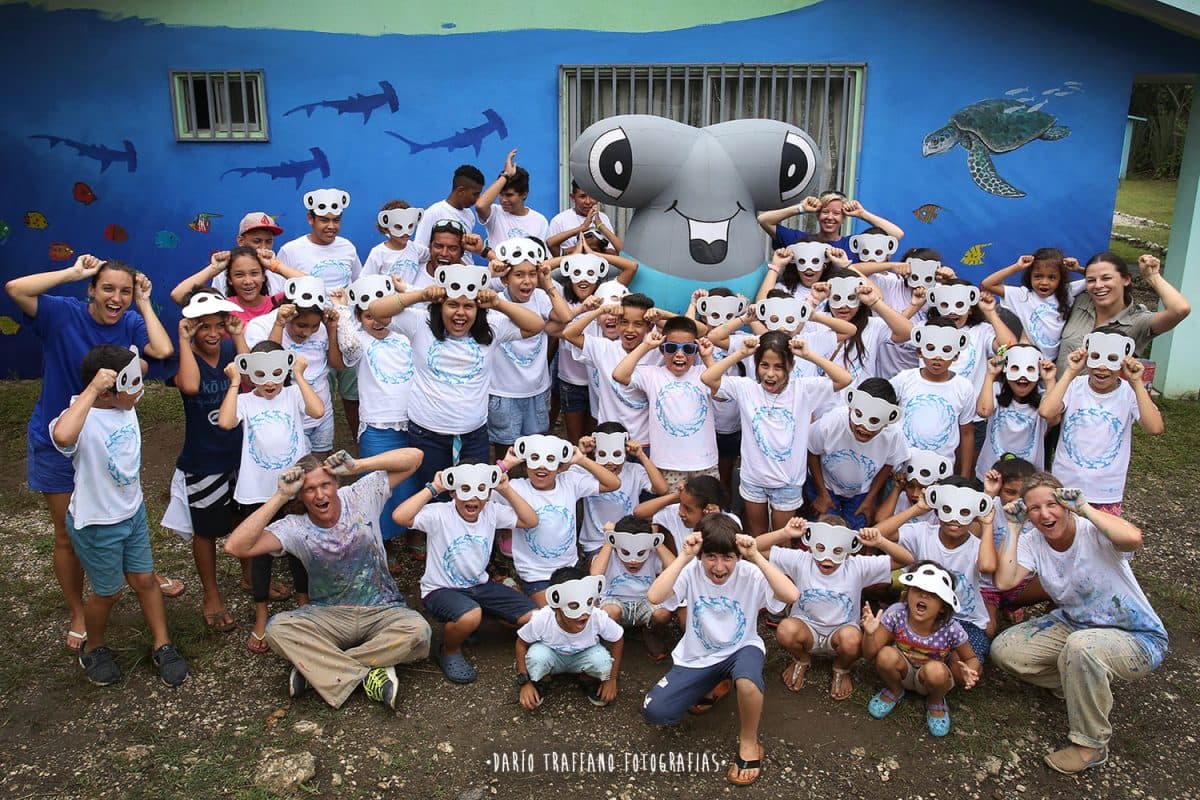 “I don’t think the kids will ever forget their experience in the program,” says Dr. Mikki McComb-Kobza. Photo Credit: Darío Traffano.

It’s thanks to cooperative partnerships like the one shared between Misión Tiburón and Ocean First Institute that we are able to extend our educational programming to more students around the world, inspiring one young shark advocate after another.

The Disney Conservation Fund focuses on reversing the decline of wildlife and increasing the time kids spend in nature. Since its inception in 1995, DCG has provided $65 million to support conservation programs in 115 countries. Projects were selected to receive awards based on their efforts to study wildlife, protect habitats and develop community conservation and education program in critical ecosystems around the world.

For more information on Disney’s commitment to conserve nature and a complete list of grant recipients, visit www.disney.com/conservation.