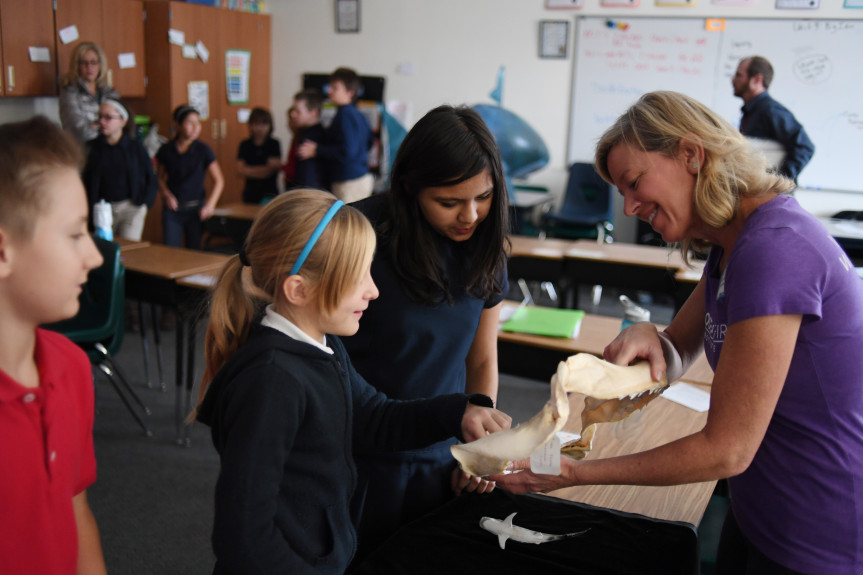 Breathe in. Breathe out. Do it once again. Now think about the fact that two of every three breaths we take are of oxygen produced by oceans.

This simple exercise is just one way Boulder-based Ocean First is helping landlocked Colorado students learn about – and connect to – the earth’s marine ecosystems.

“The sea supports all life on the planet. It provides the oxygen we breathe and absorbs a lot of the carbon dioxide that we put in the atmosphere,” said Ocean First Founder and Chief Visionary Officer Graham Casden. “Yet, we’ve done very little to care for it.”

An avid scuba diver, Casden launched Ocean First in 2007 with a mission to educate the diving community about ocean conservation. In the decade that followed, he expanded Ocean First’s swim classes, dive instruction and ocean travel adventures to include marine science education for K-12 students. 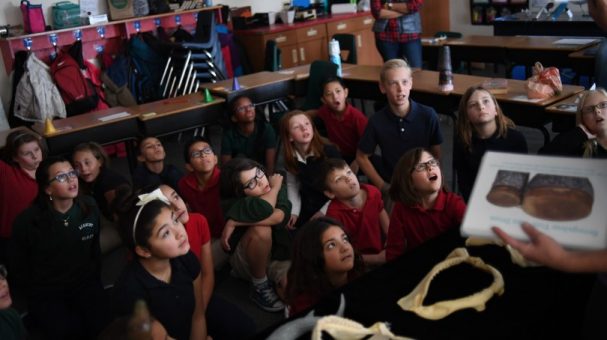 Today, Casden’s aim is to merge technology and education to help students around the globe connect to the sea, no matter where they live.  In 2010, he spun off Ocean First Education, to teach digital marine science to K-12 students, starting at the high school level.

Ocean First is now partnering with Colorado Digital Learning Solutions to provide an online semester-long Marine Science 101 course that will be offered to schools statewide in January 2017.

The company also creates virtual field trips filmed in 360 degree video to transport kids from Colorado classrooms to underwater ecosystems thousands of miles away. “We can show them a school of sharks swimming right at them, or they can turn their heads and see a sea turtle swimming by,” Casden said.

Recently, Casden filmed a 360 degree video in the Raja Ampat Islands in Indonesia, where he was invited to document the seizure of an illegal fishing boat in a protected marine area patrolled by Rangers.

Casden filmed the event both topside and underwater, as the boat pulled up large gill nets filled with unintended bycatch — dead turtles, sharks and rays — as well as sharks that were still alive. “It was gut-wrenching,” Casden said. But the needless waste is also an issue that students can help solve, he said, by choosing restaurants that support sustainable fishing methods. 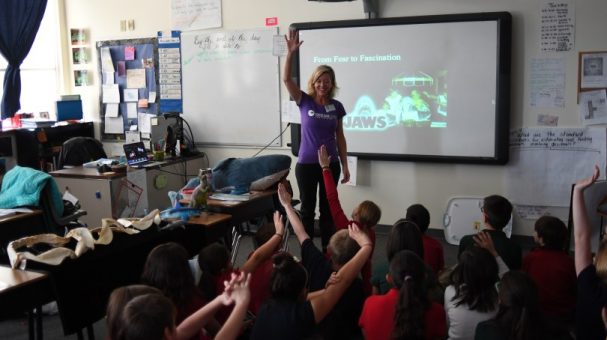 Ocean First Education is partnering with both Discovery Education and Google Expeditions to provide other 360 degree videos, along with supporting teaching materials, for their education channels.

“I really see this company as being at the crossroads of technology and education,” Casden said. “We want to be at the forefront of that movement.”

At all age levels, Ocean First’s curricula enables teachers to cover core science requirements, such as learning about ecosystems, within the context of the marine realm. While the online videos are especially suited to older students, younger learners benefit from hands-on learning experiences, too.

To serve that need, Casden launched a third organization, The Ocean First Institute, in 2014. The nonprofit focuses on in-school programming for elementary-aged students – like the 145 fifth-graders at The Academy in Westminster.

On a snowy day in early December, teams of Academy students leaned over plastic bins, picking through the fibrous mulch of an Albatross bolus with long tweezers. Similar to an owl pellet, a bolus is the undigested material that the seabird regurgitates during its regular feeding process.

Earlier in the year, the students went on a field trip to observe local Colorado ecosystems, said 5th grade teacher Paige Marrs. They did an eco-scavenger hunt in a prairie ecosystem, while taking note of the nearby mountains. And they discovered how litter like plastic straws and soda bottles can travel down Colorado streams to reach the Pacific Ocean. “They learned how all ecosystems are connected, and how humans can have an impact,” Marrs said. 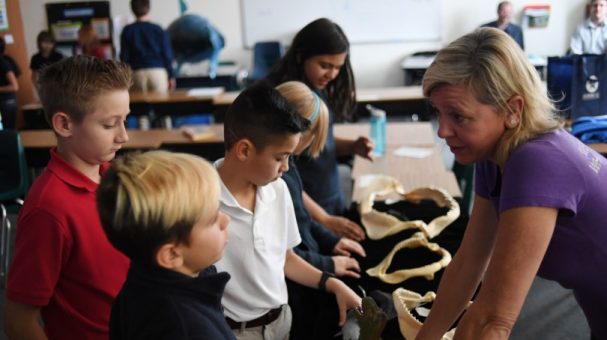 Now, back in the classroom, the fifth graders were learning firsthand where that plastic trash can end up. The bolus dissections were part of a day-long marine science program taught by Ocean First Institute at the Academy.

Each team’s bolus was collected from the Midway Atoll National Wildlife Refuge, a nesting site for seabirds at the far Northern end of the Hawaiian Islands. The U.S. Fish and Wildlife Service provides the boluses to schools upon request.

As the students dissect the boluses, they took note of the earthy smell; one student compares it to chili powder. They found small rocks, twigs, and black squid beaks too hard to be digested that are all part of an albatross’ natural environment.

But they also found small pieces of colored plastic, a washrag, a blue rubber band, coiled fishing line, styrofoam and even a bit of carpet. One student noted that

“Even if you litter in Colorado, it can affect marine life.” 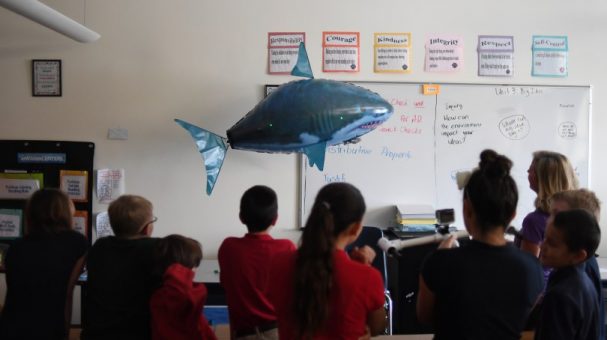 The fifth graders discussed solutions, such as avoiding plastic straws. Some 500 million straws are used in the U.S. every day, according to nonprofit Eco-Cycle – enough to fill more than 46,000 large school buses each year.

In another room at Academy, Colorado native Mikki McComb-Kobza, who heads the Ocean First Institute, was sharing details of her recent dive with great white sharks near Guadalupe Island in the Pacific Ocean, off the coast of Mexico. McComb-Kobza also did a live broadcast of her caged shark dive for schools in Longmont — and around the world.  “We really do fuse the research that we do with the outreach we do,” she says.

The Institute teaches similar classroom programs in about 10 schools in Denver, Boulder and Longmont. McComb-Kobza’s goal is to win grant funding for additional programs in underserved schools throughout Colorado.

For Academy teacher Marrs, the focus on great white sharks also provided a great link to her students’ earlier study of whales. Both whales and sharks have swimming patterns that drive plankton to the ocean’s surface, where photosynthesis creates two-thirds of the earth’s oxygen. And for the Colorado fifth graders, who stood in a prairie and looked to the neighboring mountains, it’s suddenly not so hard to envision an ocean on the other side, filled by local rivers and sustaining the air we breathe in return.