There's no other thing as important as knowing that you've impacted somebody and opened their eyes to something that they didn't know before.

Professional Background: Shark biologist with a Ph.D. in integrative biology

The path that brought our multi-talented executive director to lead a team of passionate ocean conservation advocates was sparked, not by frolicking in tidal pools or a fondness for marine species, but rather by fear.  Steven Spielberg's blockbuster "Jaws" left a young girl feeling less than cuddly towards elasmobranchs.  Reading and learning about sharks eased her fears and marked the beginning of a lifelong journey of shark research and conservation. 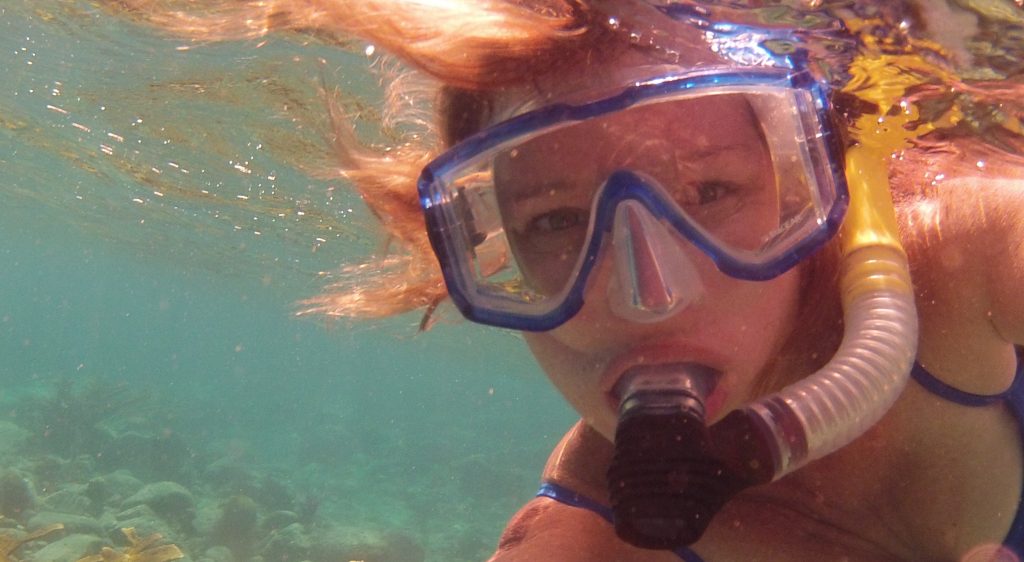 This transformation from fear to understanding to love has left Dr. Mikki perhaps better suited than most marine scientists to ignite the same change in others who share a fear of sharks. Much of the virtual outreach and education work being done at Ocean First Institute allows her to use her past apprehension to educate students around the world about shark adaptations in general or her favorite marine species, the scalloped hammerhead. And guess what, folks!  It's working.

"You can tell that they're excited and they get it. And they're hungry to learn more about the ocean and you can see it in their eyes when we talk about the work that we do," says Dr. McComb-Kobza of the webinars and virtual field trips that she and Director of Outreach Lauren Riegler organize. Their efforts on this front are going so well that, "after I end a Skype session, sometimes I'm just dancing around in my office. It's just so rewarding to be able to share what we love so much with so many people."

While this virtual outreach is paramount to captivating an interest in and attention to ocean conservation in young people from all walks of life, Mikki is a diver and researcher at heart. Getting young students in the water with her and assisting with her research is another important facet of the work she does. During some school programming in Longmont, she tasked STEM students with designing and building an apparatus for measuring white sharks from inside a cage. Once that program concluded, she took a few students with her to see the tool in action. 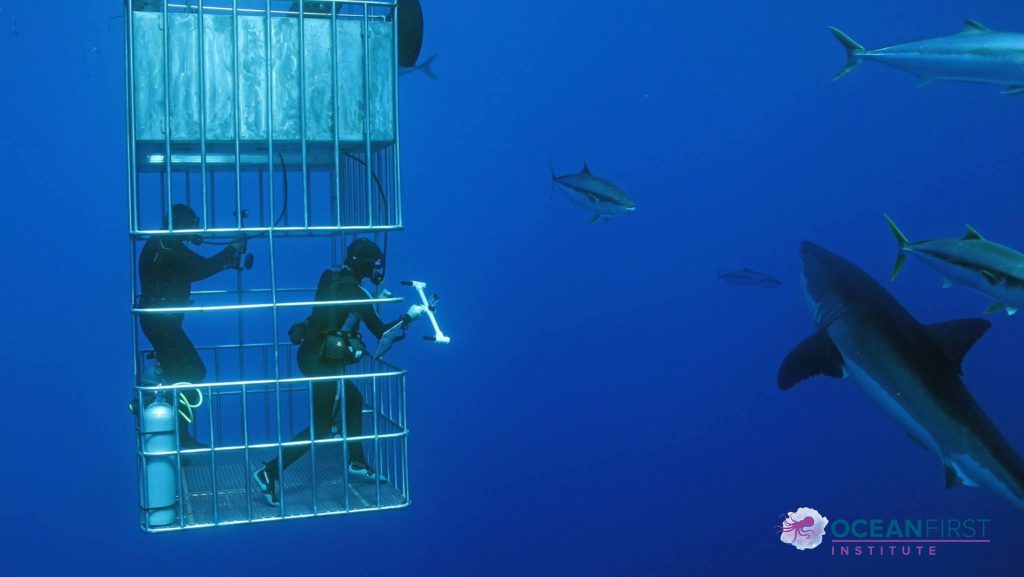 "Being able to take students on expeditions and having them measure sharks underwater with their tools and then surfacing and yelling out how excited they are, 'Do you see that Mikki?, Can you believe that?' That is another really unbelievable experience because it's deeply impactful, and for me, there's no other thing as important as knowing that you've impacted somebody and opened their eyes to something they didn't know before."

When she isn't creating a space to feed scientific curiosity or leading opportunities for young people to dive into marine research in more thorough and novel ways, Dr. McComb-Kobza is busy blending her passions for research and outreach in her directorship. On any given day, you'll find her developing new programming, finding and raising funds for said programming, managing staff, and hunting for new opportunities to facilitate the growth of the organization. 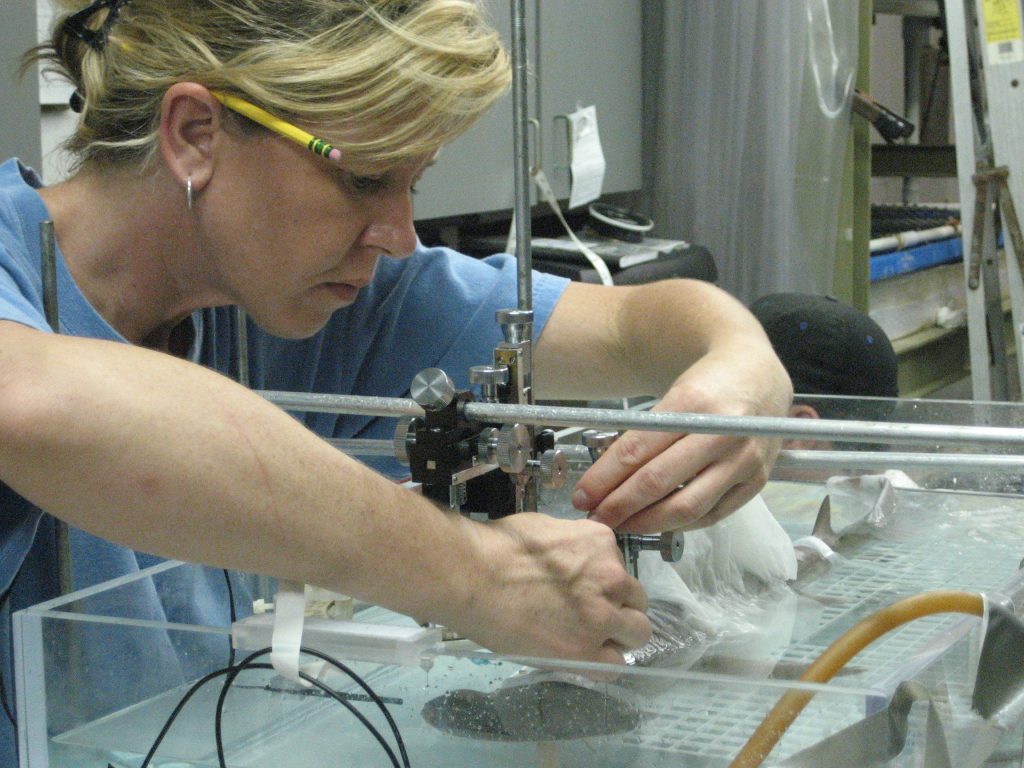 Mikki conducted a majority of her shark research with the support of many colleagues at Mote Marine Lab in Sarasota, Florida. Here she is determining the visual abilities of a bonnethead shark using an electroretinogram technique. Photo Credit: Dr. Jayne Gardiner.

For example, choosing to put a programming emphasis on women in science allows both the organization and the community it serves to continue growing, all while promoting interests that are close to the heart of the Ocean First Institute team. Dr. Mikki can recall multiple occasions during her early research in which she was the only woman aboard the vessel. With marine science being a field that has been primarily occupied by men, she relied on her sense of humor, humility, self-determination, and confidence to carve out a place to call her own. She's set her mind to ensuring that the next generation of female marine scientists don't have to face the same gendered imbalance that she did. She marks the chance to "encourage young women to pursue career paths that are not traditionally traversed by women," as the best part of being a woman in science.

She wears many, many hats from advocate to scientist, fundraiser to educator, executive director to role model for young women. Whichever role Dr. Mikki is filling, the Ocean First Institute team is lucky to have her at its helm.